Cows sometimes have a nose ring for a variety of reasons. These include weaning, better control of the cow, or preventing them from suckling.

Having a nose piercing and similar are growing in popularity among young people as a thriving fashion trend. Still, cows have been wearing them for years.

As much as we might have liked to believe it, cows are not ahead of the curve and some kind of fashion gurus.

The cow nose ring has some practical uses.

They simplify the farmer’s job and make the whole process of working with cattle easier and more enjoyable for both the farmer and the cow.

Let’s look at these nose rings and how farmers use them with both cows and bulls.

Why Are Nose Rings Used On Cows?

Weaning suckling beef calves off their mother’s milk can be stressful for the animals and the farmer. Calves can become quite distressed at the sudden separation from the mother cow and constantly cry after them.

The stress of it all can be a lot for the farmer too. Nobody likes to put their animals in a situation that creates distress, but unfortunately, it’s necessary for the calf’s development.

A weaning nose ring or anti suckling devices will allow the farmer to leave the young calf with the older cows without the calf’s ability to suckle.

The weaning nose ring can be made of either metal or plastic. It will also have several mini spikes around the edge, facing away from the calf.

The idea of the spikes is that they will prod the cow without piercing the skin if the calf tries to drink from her. This encourages the cow to move away and not let the calf suckle.

Another use in a similar situation is preventing older cows trying to drink from other cows in the herd. This is very frustrating for the farmer and can create a mastitis (inflammation of breast tissue) problem among the cows being suckled.

Another use of nose rings is for better human control over a bull on the farm or in the show ring.

Showing pedigree bulls is an extremely popular hobby worldwide. It is often a focal event for many in the local agriculture community.

Bulls for shows will have a metal nose ring inserted. This will allow the farmer to attach a lead rope to the bull for the show.

The lead rope lets the farmer guide the bull around the show ring as they walk around for judging. The bull may become stubborn and refuse to walk where the farmer might need him to go without a lead rope.

Other working bulls may also need controlling, too, by way of a nose ring.

Working bulls are full of testosterone and can be a dangerous hazard on the farm.

A working bull will be even more riled up around breeding season when cows are in heat, and it can be pretty challenging to keep them disciplined.

Where an electric fence is standard for keeping stock within the boundaries of a pasture, a bull is more than capable of going over or through it and escaping without a second thought.

As well as creating more work for the farmer, this can cause a bad habit for the bull himself.

To prevent this from happening, a 2/3-foot chain can be attached to the bull’s nose ring.

If a bull then gets too close to the fence, the chain will touch it, and the bull will get an electric shock on his snout, teaching him to keep back from the fence.

This will also stop a bull from running up and down in the pasture. If the bull tries to run, the chain will swing and hit him. Thus, encouraging the bull not to run around the field.

As tough as these control measures may seem on the bull, they are necessary for human safety.

A bull is such a dangerous animal if it gets one chance to turn on you.

What Is A Bovine Nose Ring?

Farmers put a nose ring onto selected cows, and as mentioned earlier, they are usually made of either metal or plastic.

The nose ring will hang from nostril to nostril, meeting at the Nasal Septum, the center of the cow’s nostrils.

The septum is an extremely sensitive area, meaning cows may feel a little tender for a few days. Thankfully they will no longer feel any pain where the ring has been inserted as they adjust to it.

How Are Cow Nose Rings Attached?

The nose rings can be attached to the cow’s one of two ways,

The septum piercing nose ring is a lot more permanent. It will be more reliable to remain in the nose, making it an excellent option for leading bulls for show or calming an over-exuberant bull out at pasture.

The clamp-on nose ring can be easily removed. It would be far more common as a weaning ring to stop suckling calves from attempting to drink from the cow or break the habit of appearing in an older cow in the herd, suckling other cows.

Calf weaning rings are not a complete solution to prevent cows from nursing their baby calf. However, they are becoming a significant aid for farmers to help break this bond.

According to John B Hall in a Virginia State University newsletter on cow and calf management, he reported some success for the weaning nose ring in discouraging suckling.

Calves with a weaning nose ring in for a short amount of time exhibited more positive behavior in the way of grazing and resting. They showed less stressful behaviors in the form of bawling or walking around.

However, it did come with a warning. In cases where the weaning ring was left in place for a more extended period, such as 14 days, it was equal or even less successful than a traditional weaning process.

If you’re interested in getting your hand on a weaning ring, I recommend starting with the TIHOOD Weaning Nose Ring.

Made from high-quality plastic and it’s safe to use.

The TIHOOD weaning nose ring is an effective weaning ring of a young suckling calf.

It allows that calf to remain with the mothering cow. It significantly reduces stress levels for both cow and calf, maintaining a good thrive.

So there you have it, everything you need to know about cow nose rings. If you’d like to know how cows show you affection, then click HERE. 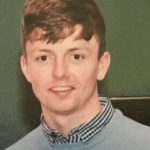 Hi, my name is Niall Molony, and I’m a young dairy farmer from Tipperary, Ireland.

My father and I run a 180 cow grass-based herd on 2 Lely milking robots here at home.

I love working outdoors in the Irish countryside and the variance in farm work from season to season.

I’m looking forward to providing some of my practical experience to these articles, and hopefully, we can all learn as we go along together.